Sweden has done well in combining high levels of economic growth with increasing equality. From being one of the poorest countries in Europe, the 100-year period from 1870 to 1970 turned Sweden into the fourth richest country in the world. After the problematic period from 1970 to 1995, again Sweden has done remarkably well in terms of economic growth and the economic crisis of 2008 has strengthened this impression. As a small country Sweden has also been dependent on trade and international relations, which has contributed to the financial wealth. Today export comprises 50 per cent of the GDP.

Sweden’s development towards prosperity started with institutional reforms such as incentive enhancing land reforms, property rights, successful anti-corruption measures and free trade reforms. Some reforms contributed to both prosperity and to equal distribution, as for example when women in 1864 were allowed to start business on equal grounds as men. In 1910, basic risk spreading social insurance schemes were introduced. Sweden continued to promote and protect public health as well as health and medical care throughout the 20th century. In the 1980s, for example, we were among the highest ranked countries in the world when it came to the amount of money invested in health and medical care. Budgetary policy restrictions and the decentralized distribution of responsibility meant this trend slowed in the remaining decades of the century. Even today, 35 years later, healthcare expenditure still accounts for around 10% of GNP.

The economic growth, in combination with a political vision, has laid the foundation for the Swedish welfare system. According to the UN, Sweden is one of the most innovative countries in the world and reserves high expenditure for research and development in relation to the GDP. The Nobel Prize, which was founded and is awarded in Sweden, can be regarded as a symbol for our strong tradition of research and development. The importance of a close collaboration between science, entrepreneurs, and clinical research was embraced early. The innovative environment has resulted in a number of world-leading companies with high-quality products within both medical technology and pharmaceuticals. These companies have, with healthcare providers from both the private and public sector, played an important role in the development of the modern Swedish healthcare system.

Indicators of health, healthcare quality and long-term care for the elderly in Sweden are among the best internationally. Today however, in common with many developed countries, the Swedish health system faces the challenge of delivering high-quality, patient-centered and well co-ordinated services, while coping with the pressures of an ageing population, growing prevalence of chronic disease and budgetary constaints.

The present structure of the Swedish health system reflects a long history of public funding and ownership, together with growing importance of local self-government

The Swedish health system is based on fundamental principles of equity, need and solidarity and cost-effectiveness 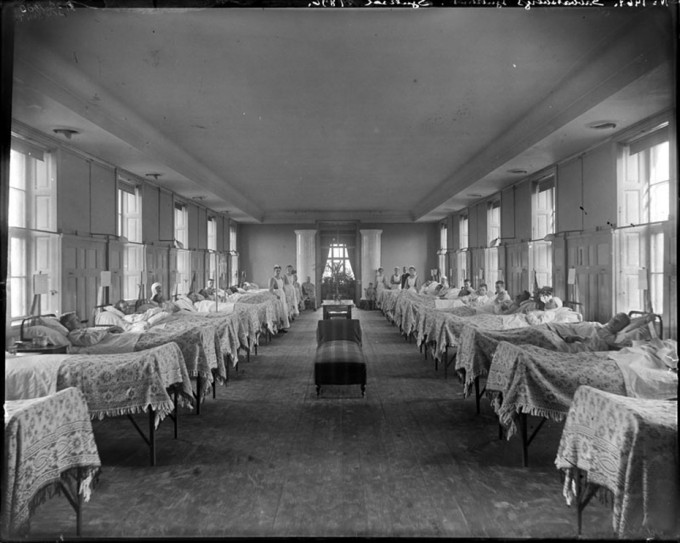 The Swedish model is based on fundamental principles that express the equal worth of every individual as well as the equal right of everyone to receive medical care. We apply need-based and collective principles, which means, firstly, that patients with the greatest need shall be treated first and that health care personnel must give particular consideration to the weakest patients. Last but not least, our health care system shall be run in a democratic way and be publicly financed. What this means in practice is that Swedish health and medical care is largely financed through taxation and that the fees paid by patients are very low.

There are a number of factors, based on these fundamental principles, which have been crucial to achieving our good results. We have a long tradition of pursuing an active public health policy, and many of our reforms have had a positive impact on both health and lifespans. We have, for example, instituted national screening programs for common types of cancer to ensure that they are treated at an early stage in their progression. We have also implemented an active program of preventive work in relation to smoking, and prescriptions for physical exercise are becoming increasingly common.

Sweden’s healthcare system is founded on a well-organised and comprehensive primary care sector, and most patients enter the healthcare system via primary care. Typically primary care in Sweden comprises physician-led clinics providing medical, preventive and rehabilitative care that does not require the medical and technical facilities of a hospital. The primary health centres are usually staffed by a group of GPs and a multidisciplinary team including nurses (many of whom are specialists in e.g. diabetes, asthma and paediatrics), physiotherapists, midwives and psychologists, providing a wide range of medical services. 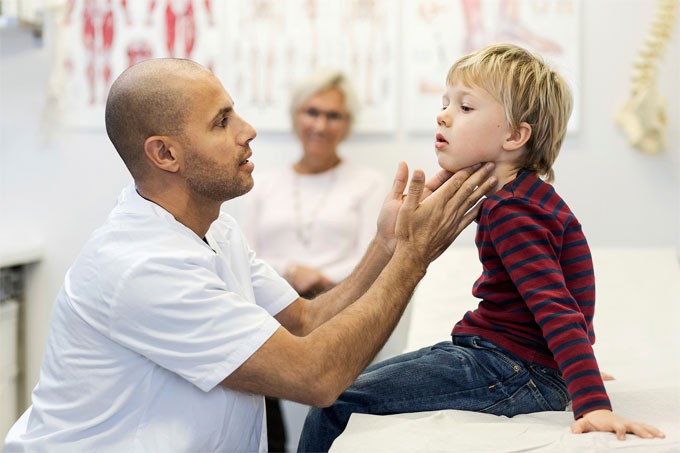 There are national guidelines for smoking, alcohol use, physical activity and diet; primary care staff are expected to counsel patients on these lifestyle habits and offer advice, support and referrals.

Sweden’s healthcare system is founded on a well-organised and comprehensive primary care sector, and most patients enter the system via primary care

Sweden’s highly skilled medical personnel run throughout the care chain – a registered nurse in Sweden has completed three years of university level studies, for example – and, as a result, so do the good treatment outcomes. All of the medical professions work with a high degree of autonomy and all have clearly defined roles within a team with a specific function. Several of the professions require official accreditation, which enables duties to be delegated and the efficiency of day-to-day operations to be improved.

Another factor that is a considerable asset, and which also has a long tradition in Swedish healthcare, is good documentation of health outcomes, currently in the form of the so-called national quality registries. A registry contains patient-individualized data and the first one was created in the 1970s by a number of orthopedic surgeons who wanted to be able to see the outcomes of their interventions from a longer term perspective. There are now around 100 quality registries in numerous different areas, enabling public reporting of performance and providing an incentive for continuous improvement work.

Strong partnerships between authorities, care providers, academia and industry have promoted and developed new products, solutions and processes for evidence-based and cost-effective medical and social care. 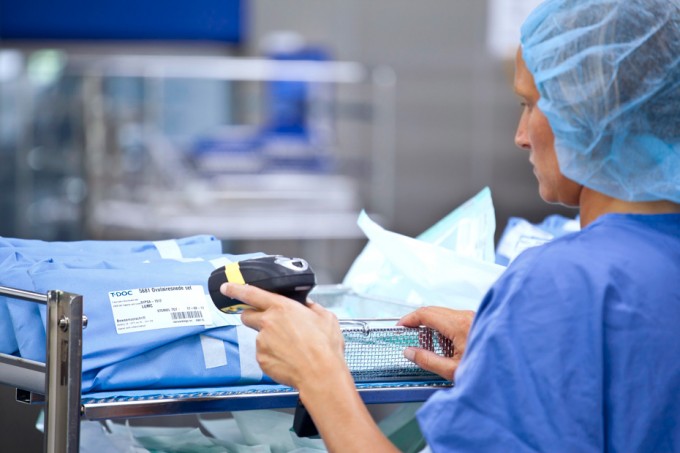 Industry, and the introduction of new pharmaceuticals, products and processes into the Swedish healthcare system, has also played a decisive role in the development and quality of the system. Strong partnerships between public and private sector players and academia have promoted and developed new products, solutions and processes – everything needed to offer world-class health and medical care for everyone. Openness to innovations has helped ensure that Sweden is a strong base for both national and international pharmaceutical, bio-engineering, and medical technology companies.

Swedish health and medical care is primarily financed through public finances and is a strongly decentralized system in which all levels, from national to regional, enjoy autonomy and the ability to structure their operations in line with local conditions. There are a large number of private medical and care providers within both the primary and social care sectors, and these, too, are financed through the public system.

The Swedish county councils collaborate in healthcare regions for highly specialized care as many of them have small catchment areas. The Regional health and medical care is responsible for particularly complicated diagnoses, rare diseases or injuries. This type of medical care is provided by seven regional hospitals – the university hospitals. Treatment for the most complicated medical conditions of all, such as pediatric cardiovascular surgery, severe burns, transplant surgery, etc., are centralized to 1 or 2 university hospitals. This is one example of how making correct use of the resources enables the health system to get more for less. And how, despite spending less than 10% of GNP on healthcare, Sweden manages to outperform countries with much larger expenditures.

We are proud of our development but do also, at the same time, take nothing for granted when it comes to future achievements. Sweden assigns a very high priority to health and medical care. To optimize the way we handle an ageing population and increases in lifestyle-related and chronic diseases, we must plan for the load that these changes will impose on the medical system.

To optimize the way we handle an ageing population and increases in lifestyle-related and chronic diseases, we must plan for the load that these changes will impose on the medical system.

We are moving closer to an online-based system of health and medical care in which the care facilities cooperate via a network built around the patient, and primary health care assumes a stronger coordinating role. This trend is very much in line with a more patient-centered approach to care in which the previously passive care recipient, the patient, will play an active part in planning and implementing their own care and rehabilitation. 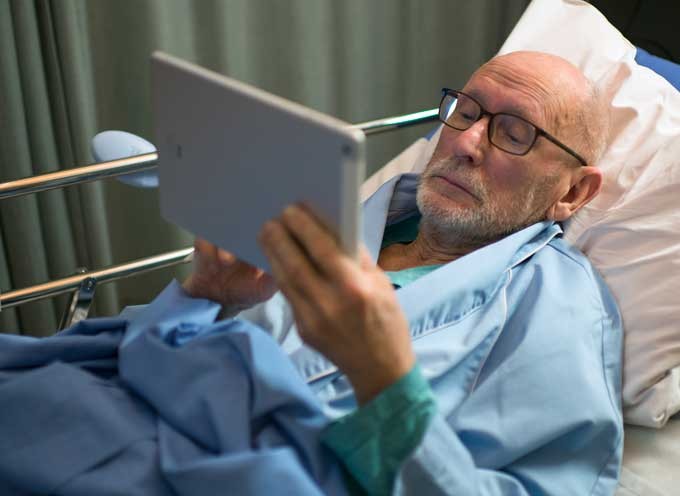 Care facilities will also become more patient-centered, and if we are to maintain control over costs in the face of rising numbers of chronic disease cases, more of our health and medical care must be provided on a day-patient basis. This means that facilities must be adapted to facilitate an effective flow for the patient. It also means that, for all patients, greater attention will have to be paid in future to health differentials in society.

Opportunities deriving from digitization coupled with an increased collaboration lead to improved and enhanced efficiency of health and medical care.

We will take on the challenges of tomorrow with a continued focus on people’s equal worth, on collective principles, and on cost-effectiveness. Opportunities deriving from digitization coupled with an increased collaboration between academia, healthcare and industry will lead to improved, evidence-based and cost-efficient health and medical care. Both in Sweden and internationally, through international initiatives and collaborations.

Healthcare of the future

Sweden has a long tradition of initiating activities and strategies to assure and improve the quality of the health, medical and social care. The Swedish health system is now shiftingnull

Public health is about preventing ill-health. In Sweden this area covers everything from measures to promote public health to specific issues such as protection against communicable diseases, alcohol, tobacco andnull

The spread of antibiotic-resistant bacteria poses an alarming threat to global public health. The problem of antibiotic resistance is caused by decades of antibiotic overuse. Sweden has acknowledged this urgentnull